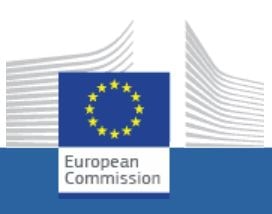 “A remote frontier for thousands of years, the Arctic is rapidly gaining international attention. Global warming is causing the Central Arctic Ocean’s ice to melt at an unprecedented rate, threatening crucial ecosystems and biodiversity in the wider Arctic region. As a result, global sea levels are rising, with potentially cataclysmic global social, economic and environmental consequences over the long term, irreversible on a timescale relevant to human societies.

Somewhat paradoxically, these climatic changes are also opening new opportunities for resource extraction and transport, resulting in increased economic – and military – activity in the region, both from the Arctic Circle countries – most prominently Russia – and new players such as China.

With three EU Member States – Denmark, Finland and Sweden – and some half a million EU citizens situated in the Arctic, the EU has a natural and important role to play in the region. And, as the Arctic becomes a focal point of economic and geopolitical competition, and is increasingly recognised as being central to human and planetary survival, the EU must step up its engagement with Arctic states and other stakeholders. Never has ensuring a peaceful and sustainable Arctic been so important.“