Outcomes for the Arctic at SPIEF 2019 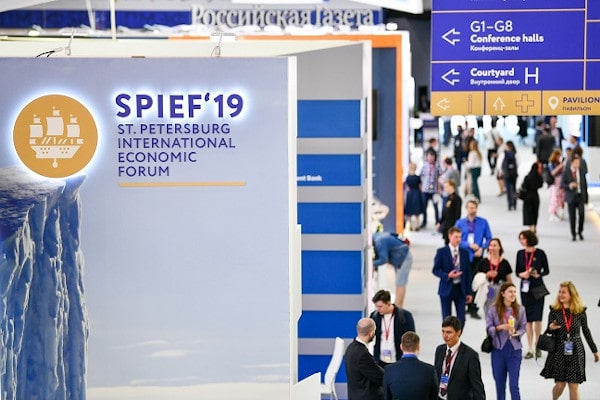 This year’s St. Petersburg International Economic Forum saw a range of agreements and contracts signed to develop projects in the Arctic – both of a regional and global nature. “Securing sustainable development in the Arctic is a priority in the country’s business agenda, which was why the topic came under particular focus at SPIEF 2019.

The event saw the signing of numerous important international agreements. We are seeing how dialogue between municipal, regional, and federal government bodies is strengthening. By working together in this way, we will be able to achieve a breakthrough in the development of the Russian Arctic,” said Advisor to the President of the Russian Federation Anton Kobyakov.

Several of these agreements had been discussed two months prior to SPIEF 2019 at the ‘Arctic: Territory of Dialogue’ 5th International Arctic Forum. A great many aspects concerning international cooperation and sustainable development in the Arctic came under scrutiny, from energy to education.

SPIEF demonstrated that the Arctic possesses huge potential to improve global energy security. Head of Rosneft Igor Sechin presented plans for the establishment of an oil cluster around new and existing fields, which will result in much greater output over the coming years. New technological solutions will be applied in the development of the cluster, including directional drilling technology. With the company’s integrated project providing essential support for cargo transport along the Northern Sea Route, it is expected that investment will ensure that the initiative is both profitable and globally competitive.

The Forum also saw an agreement signed between the First Ore-Mining Company (part of Rosatom’s mining division) and Outotec, a Finnish supplier of advanced technology and services aimed at sustainable subsoil resource management. The companies plan to work together to develop the Pavlovsk polymetal field on the Novaya Zemlya archipelago. They will also seek solutions in planning, supplying equipment, assembly, monitoring, and commissioning a processing plant. It is a partnership which testifies to the growing importance of the Arctic as a natural resource base for the global economy.

Another notable outcome of the Forum was the signing of a quadripartite agreement to establish a new company called Arctic Sea Transport. The four organizations involved were Novatek, Sovcomflot, the Silk Road Fund, and COSCO Shipping – one of the largest container operators in the world. The mission of this new joint venture will be to build a fleet of Arctic ice-class icebreaking tankers providing safe year-round transport of liquefied natural gas as part of Novatek’s current and future projects. With a controlling stake of 75%, the company will continue to be controlled by the Russian side. The agreement will play an important role in helping to ensure reliable and uninterrupted transport of LNG in the Arctic. It will also help improve efficiency, safety, and further optimization of the entire freight system along the Northern Sea Route.

Elsewhere, an agreement was signed at the Forum to establish an international consortium to build a new high-speed optical cable on the Arctic Ocean floor. The two companies involved, Megafon and Cinia Oy – a Finnish infrastructure operator – will work together to bring Europe and Asia closer together in telecommunications and the digital field.

Ambassador at Large and Senior Official at the Arctic Council Nikolay Korchunov noted that the Arctic Council’s target group for developing communications in the Arctic had previously discussed the idea of installing the cable. He claimed that this project could result in three continents and around 85% of the world’s population being connected. Given the vital role telecommunications play in development, the project could also facilitate socioeconomic development in the Russian Arctic, as well as the development of infrastructure in the region running along the Northern Sea Route. The diplomat for Russia’s Ministry of Foreign Affairs added that the new cable will not only serve as an example of a high-tech solution being employed to aid global economic development, but also one in which the highest environmental standards have been applied in construction.
In addition, the project will lead to the development of data processing centres in the Russian North.

In another important development, Forum participants were able to witness a strengthening of Russian-Chinese ties in developing the Arctic and ensuring sustainability. On the eve of SPIEF, President of the People’s Republic of China Xi Jinping made a state visit to Moscow. There, he signed a joint statement with Russian President Vladimir Putin on the two countries’ willingness to support partnership in the Arctic, secure sustainable development in the region, and expand efforts to develop and benefit from sea routes in the Arctic, while respecting the rights and interests of the coastal state. The two nations also agreed to work together to develop infrastructure, protect the environment, and unlock the potential of natural resources and tourism. Furthermore, Korchunov noted that these agreements aimed to secure continued cooperation in scientific research, including joint Arctic expeditions and research projects. They also set out plans for further interaction at the ‘Arctic: Territory of Dialogue’ International Arctic Forum, he said.

Major inroads were also made at SPIEF 2019 to bring together leading educational institutions, scientific centres, and industrial enterprises in the Arctic. This was evinced by an agreement signed between the Lomonosov Northern (Arctic) Federal University, The Russian Venture Company, and Gazprom Neft’s research centre, which aims to develop a roadmap involving the creation of educational and innovative entrepreneurial programmes at the university.

In view of the urgency of the development of the Arctic region, the Roscongress Foundation has expressed its interest and launched the Arctic Club at SPIEF 2019. The Arctic Club is a discussion platform for an open, constructive dialogue, for the exchange of experience, and for identifying solutions across the entire spectrum of the comprehensive development of the Arctic region in the interests of peace, stability, and realization of the Arctic’s enormous potential. Representatives of the top level of government authorities from Arctic and non-Arctic countries, leaders of major international and Russian businesses, representatives of the scientific community, as well as public figures, experts and media leaders involved in the study of the Arctic are invited to participate in the project.