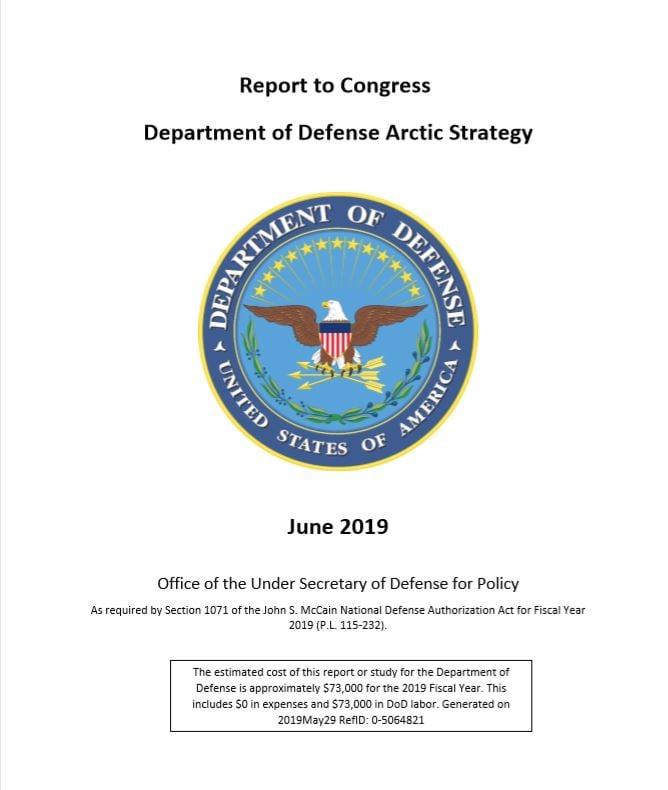 The U.S Department of Defense recently published an updated Arctic Strategy (previous from 2016). The document articulates the focus on competition with China and Russia as the principle challenge to long-term U.S. security and prosperity.

As stated in the 2019 Deparment of Defense Arctic Strategy “Protecting U.S. national security interests in the Arctic will require the Joint Force to sustain its competitive military advantages in the IndoPacific and Europe, identified in the NDS as key regions of strategic competition, and to maintain a credible deterrent for the Arctic region.“

The full report to Congress – Department of Defense Arctic Strategy.