EU in the Arctic 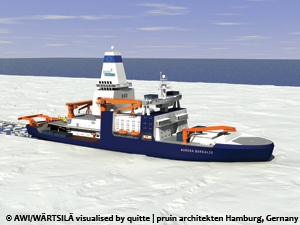 Arctic has for a long time interested expeditioners and many journeys have been initiated throughout the past one and a half century. For a long time, very few expeditioners made it through the harsh conditions, but due to the climate change it has started to look like that trans-Arctic shipping is becoming a possibility both for researchers and transportation.

Since the end of the cold war, there has been done immense amount of research in the Arctic and the Arctic Council has been created arounf the environmental sphere of the area. In recent years, the political situation also has again become an issue and quite a few new Arctic policies have been initiated both by Arctic and non-Arctic states.

The European Union physical connection to the Arctic is through northern Finland and Northern Sweden, but politically it cooperates with various Arctic countries through the EEA or as a neighbour and business associate.

Both the EU Commission and the Parliament have recently initiated an Arctic communication, where they aim at preventing and mitigating the negative impacts of climate change as well as supporting adaptation to inevitable changes. Further the commision will commit to implement already existing obligations, rather than propose new legal instruments for the area.

Here following, the EU‘s role and activities in the Arctic will be discussed and links provided to the relevant sections in the EU web portal.

Historical perspective to the European Union in the Arctic

The first real EU policy initiative in the peripheral north was the Northern Dimension, which is a cooperation program of European Union, the Russian Federation, Norway and Iceland to support sustainable development, stability, welfare and security in the northern parts of Europe. It was initiated in 1999 and covers various subjects, such as energy, transportation, the environment, nuclear safety, justice and home affairs, the fight against organised crime, health care, the promotion of trade and investment, cross-border cooperation, information technology and research. In addition to the EU and state partners the Council of the Baltic Sea States (CBSS), the Barents Euro-Arctic Council (BEAC), the Arctic Council (AC), the Nordic Council of Ministers (NCM) and various international financial institutions, such as the European Bank for Reconstruction and Development (EBRD), the European Investment Bank (EIB) and the Nordic Investment Bank (NIB) and NGOs, trade unions etc. participate as observers.

The Northern Dimension ran from 1999 til 2006 until a new Northern Dimension policy was launched jointly by the leaders of the EU, Russia, Norway and Iceland at a meeting in Helsinki in November 2006. The new Northern Dimension provides a joint framework for addressing the challenges of Northern Europe, especially its fragile environment and the socio-economic problems facing its inhabitants. It will further reflect the EU/Russia Common Spaces as relevant for this region.

Another EU initiative in the polar regions is the ERICON AURORA BOREALIS ice breaker initiative, which is a hypermodern research vessel designed to handle the cool summers and freezing winters of the polar oceans and to drill deep into the sea floor.

The AURORA BOREALIS will be the most advanced research vessel in the world; a platform with state-of-the-art technology for polar science. With its all-season capability it will provide a tool for tackling major scientific challenges, which has not been possible before. It will be a real floating European university in polar sciences.

The project was initiated in Alfred Wegener Institute for Marine and Polar Research (AWI) in the Helmholtz Association, Germany in 2004. Funded by the German government, it detailed the engineering work for the vessel’s construction and resulted in a complete technical design in mid-2009.

The project started a new phase in March 2008s, when the ship's development generating the strategic, legal, financial and organisational frameworks for the construction and running of AURORA BOREALIS was initiated. Apart from the necessary administrative structures for joint European ownership and operations of the vessel, a common scientific managing body has to be set up to handle large-scale, multi-year, mission specific research programmes. The final aim of the project is to reach an agreement with European countries and European Commission committing to the construction and operation of the vessel.