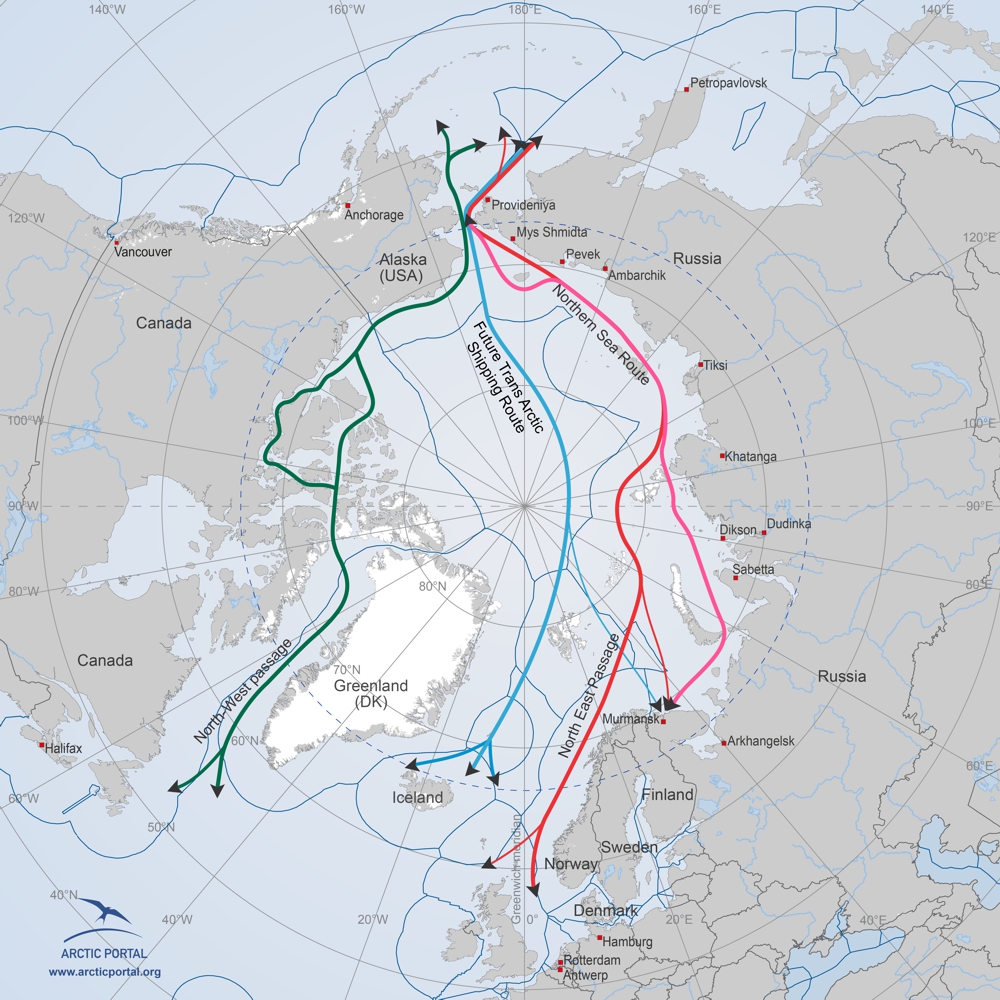 An interesting article on the future of Arctic Shipping, "In Graphic Detail: The Polar Silk Route", written by Spoorthy Raman was published on 22 December in the Hakai magazine - coastal science and societies.

"On November 15, 2022, Chinese sailor Zhai Mo and his two-person crew sailed back to Shanghai after almost a year and a half of travel that took them through Arctic waters. The expedition took about a year longer than anticipated—unpredictable weather, ice, and cold temperatures all made the trip through the Northwest Passage tricky for the 24-meter-long ketch, Zhai Mo 1. But the trip drew attention to China’s 2018 announcement of the latest addition to its ambitious revival of the ancient Maritime Silk Road—an Arctic section called the Polar Silk Route.

The Maritime Silk Road expansion is part of China’s Belt and Road Initiative, launched in 2013. Since then, the Red Dragon has been on an international infrastructure-building binge. So far, China has partnered with 150 countries and 32 organizations to build roads, railways, airports, seaports, energy pipelines, and other core projects needed to create new roadways, shipping lanes, and trade corridors that will connect the country to trading hubs around the world. While there is no official word on the exact investment promised, it is estimated to be over US $1-trillion.

A sizable part of that funding is being channeled into the 21st century Maritime Silk Road. When the shipping lanes and ports are fully established, trade will hopscotch south to and from Vietnam, Indonesia, Singapore, and Malaysia. To the east, trade will follow a ribbon to Sri Lanka, Maldives, and Kenya and on to the Red Sea via Djibouti and through the Suez Canal into the Mediterranean Sea to Israel, Turkey, Greece, and Italy.

China is keen to save time and cut costs through the promised shortcut of an ice-free Arctic, a seasonal summer special, that will connect Asia and Europe.

In the Arctic, two shipping lanes are currently navigable in the summer. Zhai Mo 1 sailed through the Northwest Passage, which transits Canada and the United States. The Northeast Passage follows the Russian Arctic coast and continues into Europe. Both are faster alternatives to the existing pathway via the Panama Canal and Suez Canal. The 20,000-kilometer-long route between Shanghai and Rotterdam, Netherlands, via the Suez Canal takes about four weeks. The 14,000-kilometer-long Northeast Passage takes just over three weeks. On the other hand, the Northwest Passage cuts the distance between Shanghai and New York by 4,000 kilometers and a week—the current Panama Canal route is 20,000 kilometers long.

A third Arctic shipping route is expected to open—called the Trans-Arctic Shipping Route—and is of keen interest to China. This third route will cut across the Arctic, closer to the North Pole between the other two polar routes, reducing the Europe–Asia journey by a further two days, with a drop in fuel consumption of probably 40 percent. A significant part of this route will pass through international waters, which would ease tensions with the Arctic countries.

The melting polar ice may be alluring for the shipping industry but considering the lack of infrastructure, the high insurance costs, and the risks—the Zhai Mo 1 reportedly hit an iceberg—saving time and money is still hypothetical."