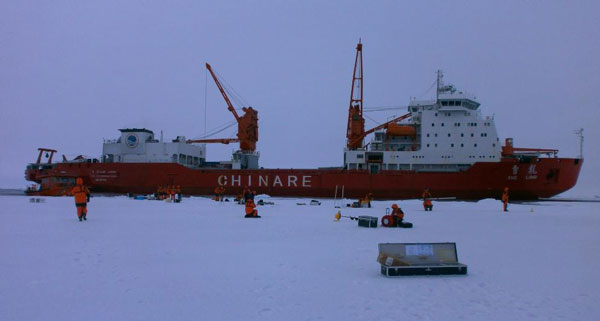 The journey of the icebreaker Xue Long from Iceland to China, via the Arctic Ocean, has been successful so far. With the decreasing sea ice extent, the research ice-breaker has been able to sail through the Central Arctic Shipping Route without a support from nuclear powered vessel.

Due to such an ice conditions, the research ice-breaker was able to operate via Fram Strait and carry on a high Arctic region to the east. 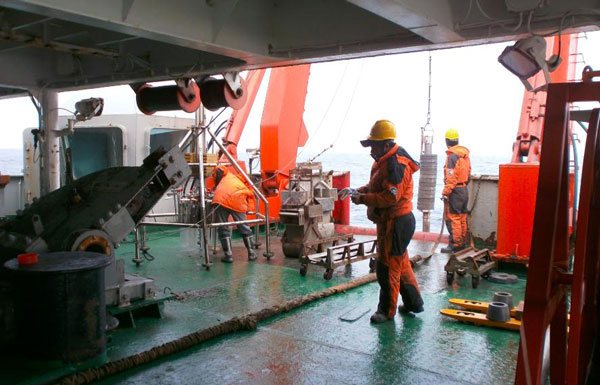 Oceanographic, biological, geological and geophysical research was carried out in the Iceland Sea and Greenland Sea on the route north and meteorological observations are maintained throughout the expedition.

Various satellite images are received for navigation through the sea ice.

Benthic samples, from the shore lines of Icelandic waters were taken in order to prove benthos great increase in region that extends away from the land mass.

Benthic sampling techniques are essential to habitat mapping studies since they provide the 'truth' data on the actual composition of the seafloor. When they are commonly used in conjunction with either a remote sensing or an acoustic technique, they are said to 'ground truth' seafloor classifications. 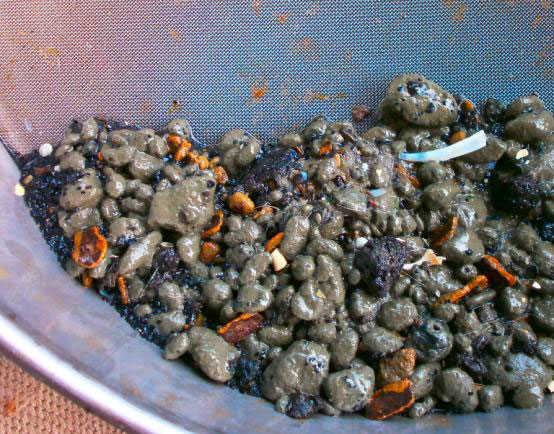 If samples are collected in high enough densities over survey areas they can be used to establish distributions and define habitats.

Biological and geological/physical samples taken by the Geological Team from the Xue Long are to be taken separately from different grabs.

Sailing out from Iceland, the Snow Dragon reached the region east of Jan Mayen, where in the good weather it was possible to see the Beerenberg volcano.

It is the world's northernmost sub aerial active volcano. The volcano is topped by a mostly ice-filled crater about 1 km (0.6 mi) wide, with numerous peaks along its rim including the highest summit, Haakon VII Toppen, on its western side.

The upper slopes of the volcano were observed to be largely ice-covered, with several major glaciers including five which reach the sea.

No scientific research was conducted by teams, nevertheless the elevation was difficult to be missed.

Currently the vessel is heading up North, aiming to cross the North Pole. The ice conditions were reported as being almost 3 meters thick. The Snow Dragon is partly being followed by the Norwegian coast guard.