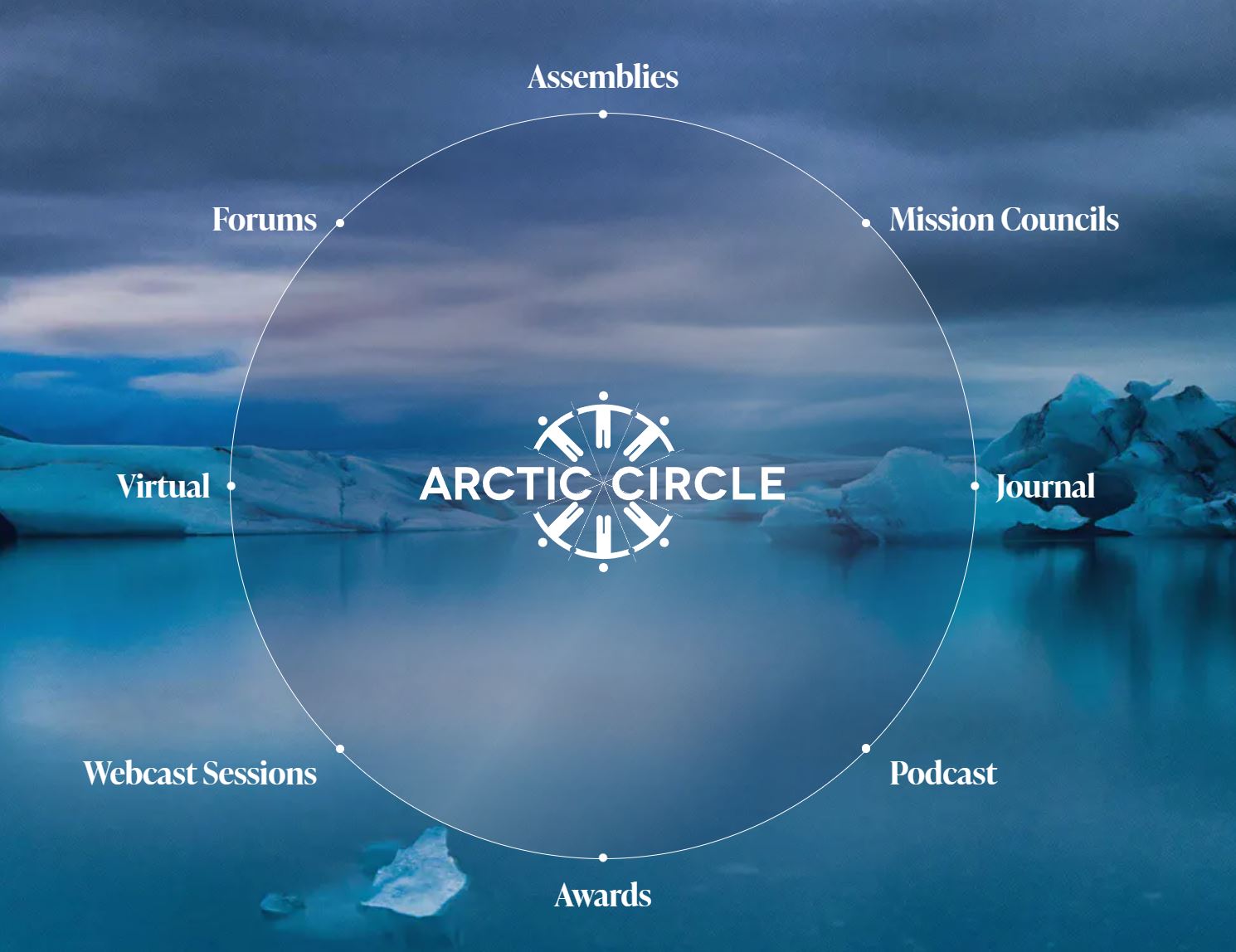 Today‘s program includes a plenary session dedicated to the place of the Arctic in US policy making entitled The Arctic Public Square in Washington D.C. It is organized by the Arctic Economic Council in collaboration with the Woodrow Wilson International Center for Scholars. Participants in the discussion include Senator Lisa Murkowski of Alaska, Mark Green, President of the Woodrow Wilson Center, Mike Sfraga, Chair of the US Arctic Research Commission and Heiðar Guðjónsson, the former Vice-Chairman of the Arctic Economic Council and current CEO of SÝN. The session will be chaired by Geir H. Haarde, former Prime Minister of Iceland and former Icelandic Ambassador to the United States.

The successful tenure of the rotating Chairmanship of the Arctic Council by Iceland likewise features on the program. Marie-Anne Coninsx, former EU Ambassador for the Arctic moderates an exchange between Foreign Minister Guðlaugur Þór Þórðarson and Arctic Council Ambassador Einar Gunnarsson.

The new Arctic strategy of France is also on the agenda with a dialogue between Olivier Poivre d‘Arvor and Michael Mann, respectively the French Ambassador for Polar and Maritime Issues and the EU‘s envoy for Arctic Matters.

The relationship between Greenland and Iceland in the new Arctic takes center stage with Foreign Minister Guðlaugur Þór Þórðarson and Chair of the Greenland Commission Össur Skarphéðinsson taking questions from participants.

Henry Tillman, the most eminent expert on the Polar Silk Road, the investment plan of the Chinese Government in the Arctic, will elaborate on the current developments surrounding that mega-project. This session is organized in collaboration with China Investment Research and the Shanghai Institutes for International Studies.

The future of Arctic finance features prominently on the agenda. Finance Minister Bjarni Benediktsson will be joined by Scott Minerd, chief investment officer at Guggenheim Partners, Hugh Short, CEO of Pt Capital and Benedikt Gíslasson, CEO of ARION Bank in a dialogue that will consider the possibility of establishing an Arctic Financial Partnership and an Arctic Sovereign Wealth Fund.

For the very first time a session regarding movie making in the Arctic is hosted by producer and director Balthasar Kormákur Baltarsarsson and Anne Lajla Utsi CEO of the International Sámi Film institute.

The high point of the day will be the inaugurating ceremony of the Frederik Paulsen Award. Frederik Paulsen has been a prominent supporter of scientific research and cooperation on the poles. This award was established in collaboration between Arctic Circle and UArctic. It is meant to recognize research that contributes to fighting climate change. A cash prize of 100.000 euros comes with the award.

Tonight at 19:30 a reception in honour of the recipient of the Frederik Paulsen Award will be held in the Norðurljós Hall of Harpa. All participants are welcome to attend.